the exhibition is exclusively open by appointment: info@mauritsvandelaar.nl

Drawing is well represented in the second anniversary exhibition, including Marcel van Eeden (1965) with a number of colourdrawings of desserts and sweets and Stan Klamer (1953) who shows a series of small cartographic works. Ideas often take on their first form in drawing, the directness and informal nature of the medium give you direct access to the artist’s thoughts and emotions. Martin Assig (1959) shows the fears, desires and joys of life in his St. Paul series, four new works from the series will be on show.

EQUIPE 2 also presents the work of several painters. Tobias Lengkeek (1991) shows paintings on panel that were formerly mounted on his skate ramp in last year’s exhibition Prospects & Concepts of the Mondrian Fund. Andrea Freckmann (1970) shows her large painting Mesdames Moustaches in which she portrays herself and her dog in a dune landscape. Diederik Gerlach (1956) made four small paintings entitled Spitzwege referring to Carl Spitzweg, in which he depicts a man walking accompanied by a pattern of lines above him that could be seen as a ‘character map’. For the galleries anniversary Tobias Gerber (1961) made a gouache inspired by Joseph Beuys’ performance I like America and America likes me. In the performance staged at Gallery Rene Block in New York Beuys was transported by ambulance to the gallery, where he, adorned with a blanket, felt hat and shepherd’s staff, locked locked himself in a cage with a coyote. In the gouache, Maurits van de Laar, like a contemporary Beuys/shepherd, is taken by ambulance to the gallery in the Herderstraat (Shepherd Street) where he is welcomed by the artists and visitors.

See the interview and article on Galleryviewer on the 30 year anniversary of the gallery. 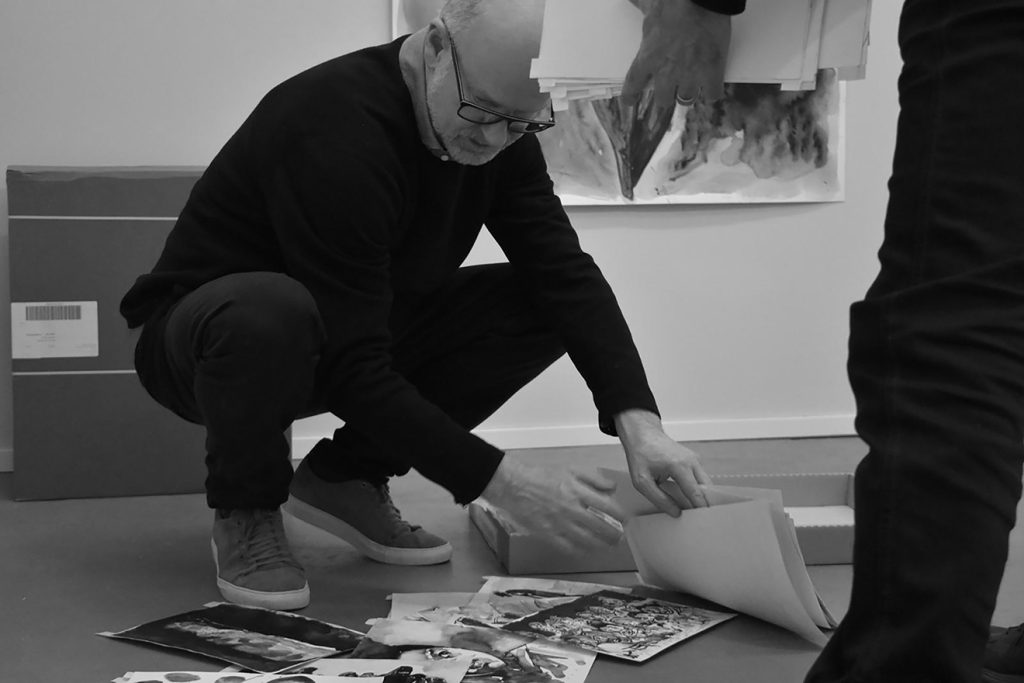