On March 24, 1991 the exhibition Echoes of The Jungle of Marius van Dijk opened in Galerie Maurits van de Laar, then still located at Westeinde 203 in The Hague. It was the first exhibition in a long series that continues to the present day. In those thirty years, the gallery developed, just like the group of artists of which Robine Clignett, Diederik Gerlach, Marcel van Eeden, Erik Pape and Dieter Mammel have been represented by the gallery from the beginning. Drawing gradually became the common thread in the gallery program with Martin Assig, Marcel van Eeden, Robbie Cornelissen, Karin van Dam, Ed Pien, Stan Klamer and more recently, Dirk Zoete, Henri Jacobs, Susanna Inglada, Cedric ter Bals and Paul van der Eerden & Romy Muijrers.

This focus on drawing did not rule out  painting, spatial work or installation art. Some highlights were Zeger Reyers’ spectacular installation with porcelain plates Hard Water and Air Conditioning in which he transformed the gallery into a greenhouse with winter rye. Christie van der Haak’s installations Fabric, Blason and Stunned stood out also and the duo show with Elmar Trenkwalder in which his sculptures were surrounded by Van der Haak’s patterns.

Over the years, collaborations, exchanges and friendships have developed in the gallery between artists, curators and collectors. Thus the gallery developed into what it is today, a group of people who are related to each other and who inspire and support each other. I am sincerely grateful for this and celebrate the gallery’s 30th anniversary with the goup exhibitions: EQUIPE 1 and EQUIPE 2, to which I cordially invite you. 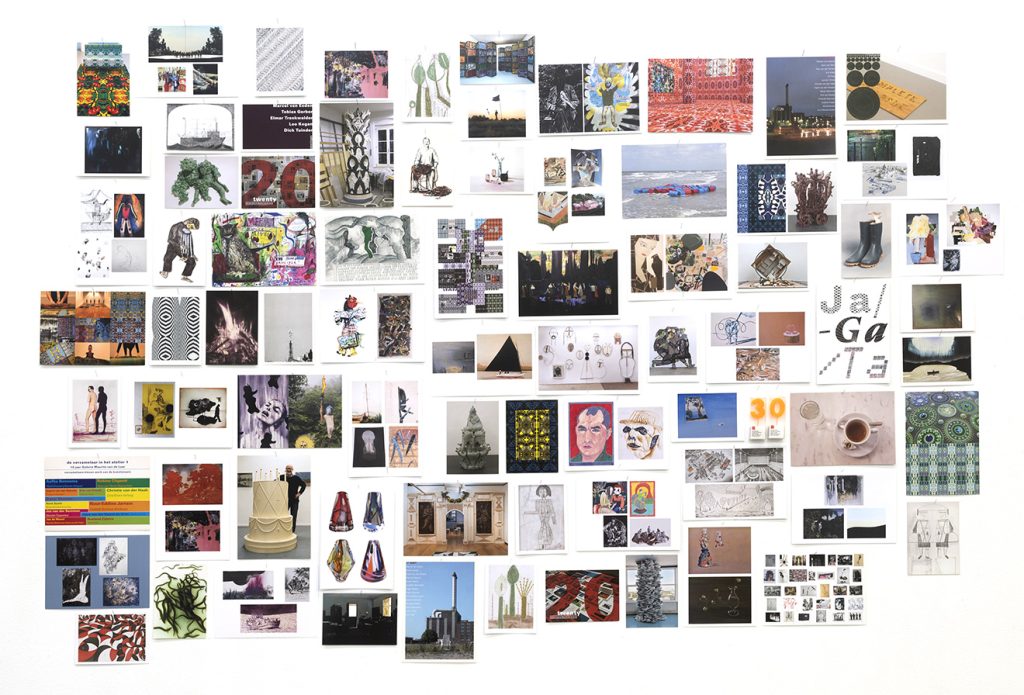